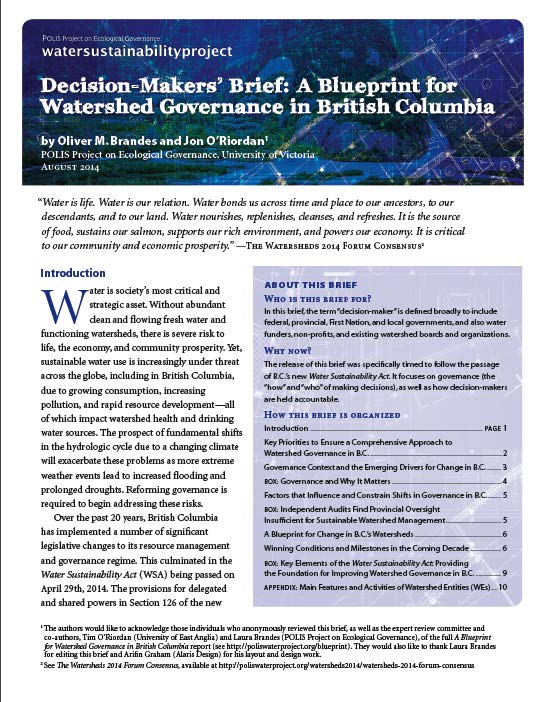 By informing decision-makers in British Columbia about a number of decisions that must be made to ensure fundamental changes to the current model of governance in the province, this briefing note offers what is arguably the strategic path forward to ensure the new Water Sustainability Act is implemented to its fullest potential.

This decision-makers’ brief draws, in large part, on conclusions from the WSP policy report A Blueprint for Watershed Governance in British Columbia (January 2014); dialogue and conclusions from the Watersheds 2014 forum (January 2014); as well as two separate independent investigations of watershed stewardship functions under existing legislation released by the Forest Practices Board and B.C. Office of the Ombudsperson in April 2014.

Decision-Makers' Brief: A Blueprint for Watershed Governance in B.C.