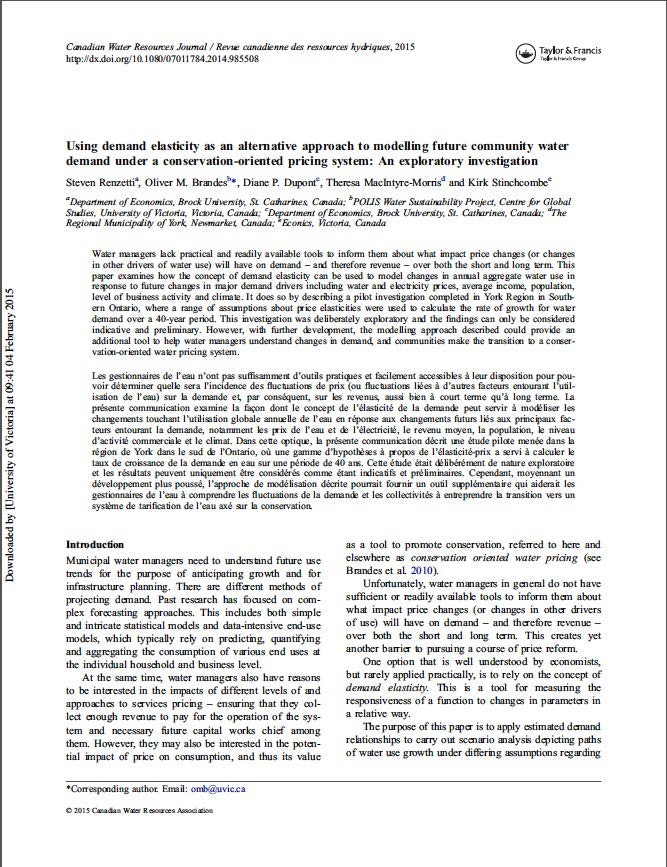 Abstract
Water managers lack practical and readily available tools to inform them about what impact price changes (or changes in other drivers of water use) will have on demand – and therefore revenue – over both the short and long term. This paper examines how the concept of demand elasticity can be used to model changes in annual aggregate water use in response to future changes in major demand drivers including water and electricity prices, average income, population, level of business activity and climate. It does so by describing a pilot investigation completed in York Region in Southern Ontario, where a range of assumptions about price elasticities were used to calculate the rate of growth for water demand over a 40-year period. This investigation was deliberately exploratory and the findings can only be considered indicative and preliminary. However, with further development, the modelling approach described could provide an additional tool to help water managers understand changes in demand, and communities make the transition to a conservation-oriented water pricing system.