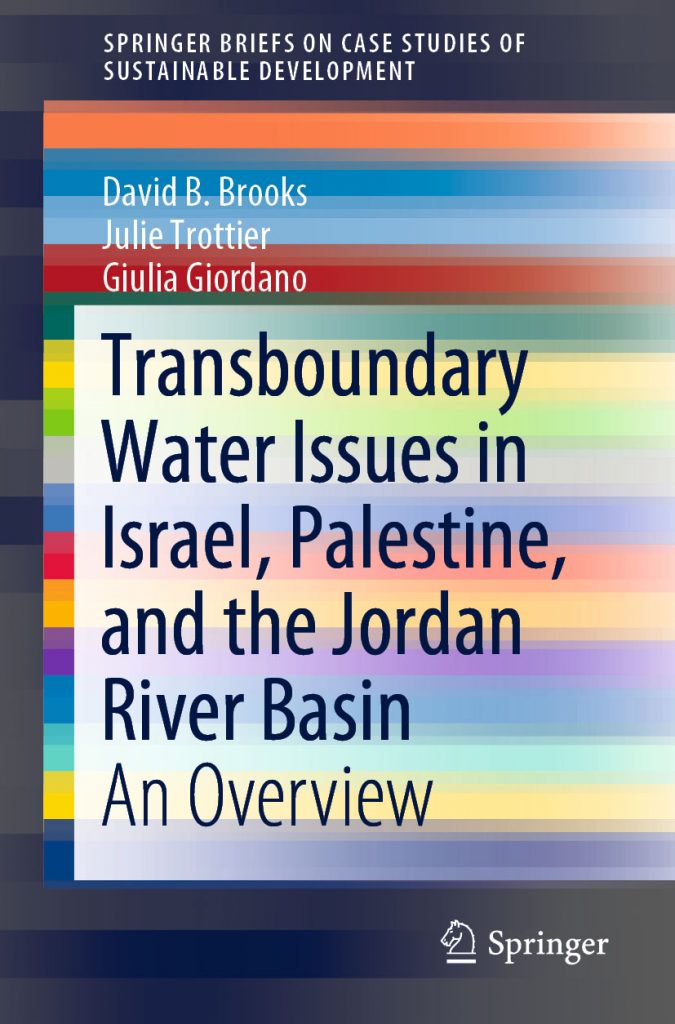 “We dedicated the book to all those women and men who work to create programs and policies that demonstrate that peace for the nations of Palestine, Jordan, and Israel is possible,” says David. “It is also dedicated to those who live in the region and ignore or oppose people who say that the other side does not want peace.”

Throughout the book, the authors explore options for sharing transboundary water in ways that are simultaneously physically feasible, ecologically sustainable, and socially equitable.

“Thanks to the Peace Treaty between Israel and Jordan, the management of shared water resources has been working well, though future relationships are uncertain at present,” says David. “If Israelis and Palestinians can come to agreement over the water they share, there is no reason why a similar process might not apply elsewhere in the Middle East—and indeed elsewhere in the world—where transboundary water divides rather than unites communities or states on opposite sides of a border.”

As described in the book, the current arrangements for Israel and Palestine are, at best, inadequate and, in some cases, counterproductive. The authors argue that trilateral agreements on water can and should be concluded now, before seeking to resolve the full range of issues that remain uncertain in a Final Status Agreement between Israel and Palestine.