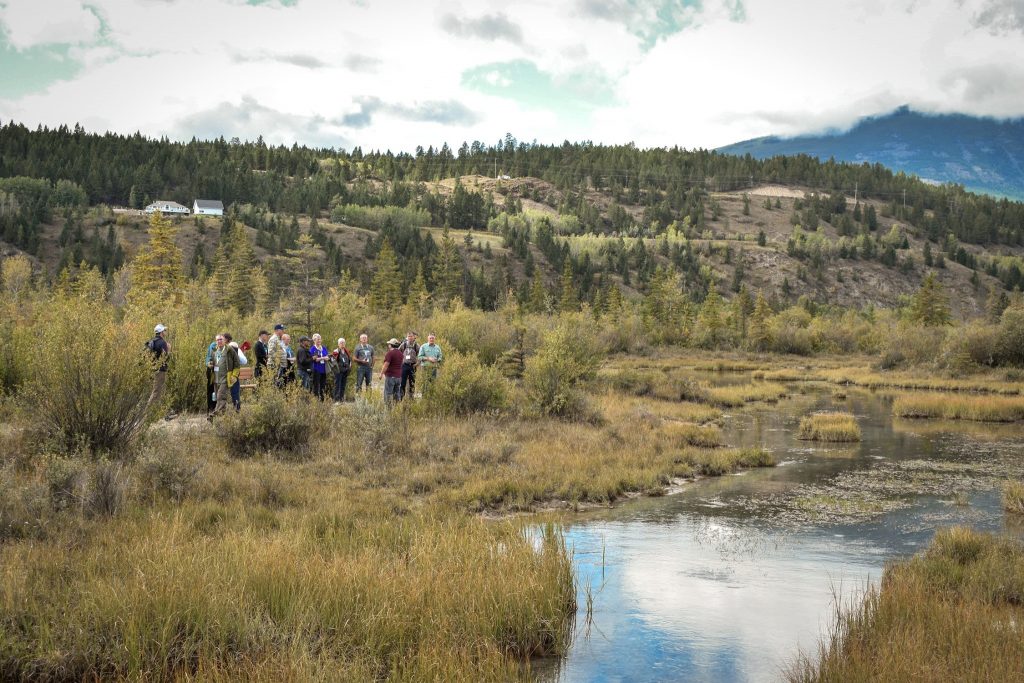 The 2000-kilometre Columbia River flows through the heart of the Pacific Northwest, beginning its journey in British Columbia’s Rocky Mountains and emptying into the Pacific Ocean in Oregon. This transboundary river is critically important for its cultural, social, economic, and ecological values.

The Columbia River Treaty (CRT) came into force between Canada and the United States in 1964 with a narrow scope focused on flood control and hydropower production. Fifty-five years later, times have changed. New thinking is needed to ensure a sustainable future for this important river. The POLIS team has been contributing to the ongoing discussion around how to modernize the CRT and achieve a world-class, basin-wide governance approach that can encompass a wide range of issues and players.

For over 50 years, the CRT was considered a model of effective international collaboration, satisfying its two primary historic objectives: to optimize hydro power and to manage flood control for the benefit of both countries. However, recognition is dawning on both sides of the border that the CRT is poorly equipped to address immediate imperatives and new hydrological realities. A relic of the 1960s, the current Treaty does not account for climate change or rapidly changing energy markets and technologies.

The CRT also stands at odds with changing social expectations and legal norms. In particular, Canada has committed to implementing the United Nation Declaration on the Rights of Indigenous Peoples (UNDRIP), which affirms the sovereignty of Indigenous peoples. Making good on the UNDRIP promise will require new decision-making arrangements that meaningfully reflect Indigenous priorities and leadership.

The ongoing renegotiation of the Columbia River Treaty creates a window of opportunity to modernize this historic agreement.

May 2018: POLIS co-hosted the Columbia River Treaty Symposium, a special event of the Canadian Water Resources Association 2018 National Conference and part of the POLIS Project’s Watersheds 2018 series of events. This day-long session provided an opportunity to hear from Indigenous and provincial governments, as well as a range of technical experts, on current issues and opportunities in the Columbia River Basin.

February 2019: POLIS co-hosted a webinar on The Future of the Columbia River: Governance Reflections and Opportunities, which offered an update on the Treaty negotiation process to date, explored some innovative governance options, and offered a discussion of opportunities for the Columbia River in the context of a modernized Treaty.

May 2019: POLIS associate Jon O’Riordan contributes policy considerations to a transboundary technical working group based at the University of Berkeley. The Berkeley group is exploring how adaptive management can be built in as an important tool in the CRT to manage uncertainty.

September 2019: The Columbia River Transboundary Water Working Group discussion paper and recommendations were presented at the Columbia Basin Trust and Northwest Power Corporation conference in Kimberley, B.C. The collective proposal was presented and debated by a panel moderated by Barb Cosens (Professor of Law, University of Idaho) and Kathy Eichenberger (Executive Director, Columbia River Review, BC Ministry of Energy, Mines and Petroleum Resources). Panellists included: William Barquin (Kootenai Tribe of Idaho), Richard Paisley (International Waters Governance Initiative, University of British Columbia), Adam Wicks-Arshack (PhD student, University of Idaho), and Jon O’Riordan (POLIS Project on Ecological Governance). Some 250 participants from both sides of the border supported the panel’s remarks. The audience called on the two governments to broaden the governance structure of the Treaty specifically to deal with Indigenous values and restoration of ecosystems.