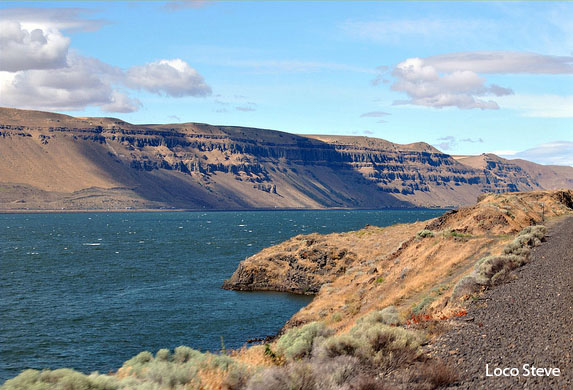 How do two neighbouring countries tackle vital questions on the renegotiation of an international water agreement involving important issues such as conservation, river health, flood control, hydropower generation, and Indigenous engagement for a 1,930-kilometre river in the heart of the Pacific Northwest?

This spring, approximately 200 people converged on the University of Victoria campus to discuss important topics surrounding the future of the Columbia River Treaty and the importance of Indigenous roles and responsibilities.

The treaty, now more than 50 years old, needs to be refreshed.

On May 28th, one day ahead of the start of formal negotiations between the U.S. and Canada, the University of Victoria’s POLIS Project on Ecological Governance and UVic’s Centre for Global Studies, in partnership with the Canadian Water Resources Association (CWRA), hosted the Columbia River Treaty Symposium.

The main objectives of the symposium were to identify key science and technical issues, raise awareness and explore possible futures of the Columbia River. Canadian and American experts and professionals—many with decades of experience working on these topics—shared their knowledge and expertise, including options and opportunities for a modernized Columbia River Treaty.

Indigenous roles and responsibilities as part of modern governance of the Columbia River Treaty and the broader basin were a primary focus of the symposium.

“Controversially, both Canadian and U.S. governments failed to formally include Indigenous representation as part of the negotiating teams or positions,” said Oliver M. Brandes, co-director of UVic’s POLIS Project on Ecological Governance and associate director of UVic’s Centre for Global Studies. “This is neither appropriate nor acceptable in the context of current commitments towards reconciliation and meaningful collaboration.”

Taking up the challenge

The bilateral negotiations between the two countries have stimulated an initial flurry of responses from observers in Canada and the U.S. Most of these comments have focused on the potential conflict and disagreement between the parties, but a modernized treaty could offer significant benefits.

Symposium participants took up the challenge of offering solutions around the themes of reconciling ecosystem function with hydropower and flood risk management, and reconciling Indigenous rights. 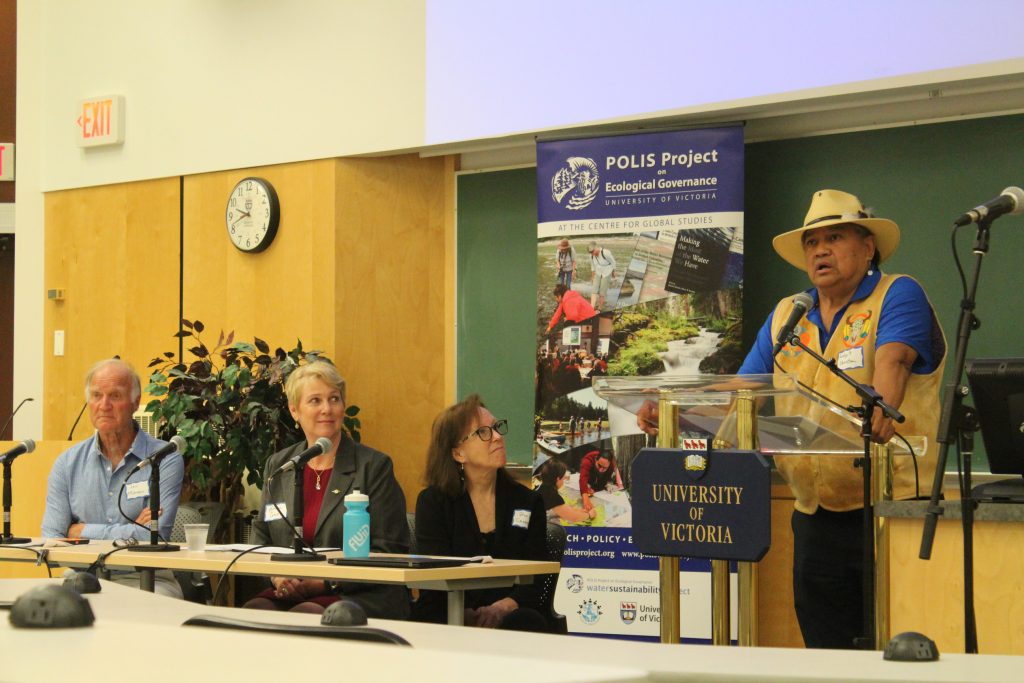 Splatsin First Nation Chief Kukpi7 Wayne Christian spoke about the ongoing political challenges faced by those Indigenous peoples whose traditional territories fall within the Canadian portion of the Columbia Basin (the Syilx, the Ktunaxa, and the Secwepemc peoples).

He said, “The foundation of who we are and our interaction with this specific agreement is based on our laws and the fact that we have not ceded nor surrendered our lands, resources, or our people.”

The symposium highlighted that the existing treaty is too narrowly focused—as it only addresses power production and flood control—and confirmed that more innovative and flexible approaches will be required. Improving the balance of benefits from flood control, energy systems management and ecosystem maintenance or restoration will require new approaches to future water storage and release regimes.

There is also urgency around the need to reconcile both the rights of Indigenous peoples, which were ignored in the original treaty, and the interests of all citizens in the maintenance of healthy and functioning ecosystems.

“Despite the international border, the Columbia Basin is one system,” said Dr. Jon O’Riordan, Strategic Advisor, POLIS Project on Ecological Governance and Former Deputy Minister, B.C. Ministry of Sustainable Resource Management. “There is a real opportunity in Canada, the U.S., and local First Nations working together on water issues, especially in these troubled times as relations with our southern neighbour are tested around trade and other priorities. Water often brings people and communities together and the Columbia Treaty renegotiation has the potential to be no different.”

To view recordings of the symposium presentations and to download the program, a summary brief, and related Vancouver Sun op-ed visit the Columbia River Treaty Symposium web page. A more robust proceedings report will be released in Fall 2018.

The Columbia River Treaty will also be the focus of a webinar co-hosted by POLIS and WEPGN (Water Economics, Policy and Governance Network) in early 2019 as part of the ongoing Creating a Blue Dialogue webinar series. For more information contact Laura Brandes at [email protected]